A tweet showing a weird effect I’d created in Unity got rather popular so I thought I’d go into some detail about how the effect was created.

Here’s a video of the effect:

Each doorway has a hidden wall which becomes visible when you enter a trigger. At the same time, a texture is generated by a camera and is applied to the wall. Here’s what it looks like from another angle:

The effect can be broken down into two parts: generating the texture and applying it to the object.

The effect must work regardless of what the player is looking at. If the object is only partially on screen or behind the player then using a section of the player’s view would be insufficient. This is resolved by creating a temporary second camera at the same position as the player camera but facing towards the object.

The camera then renders the image using a render texture as the target. I used a texture with 1024 x 1024 pixels. The texture it produces looks like this: 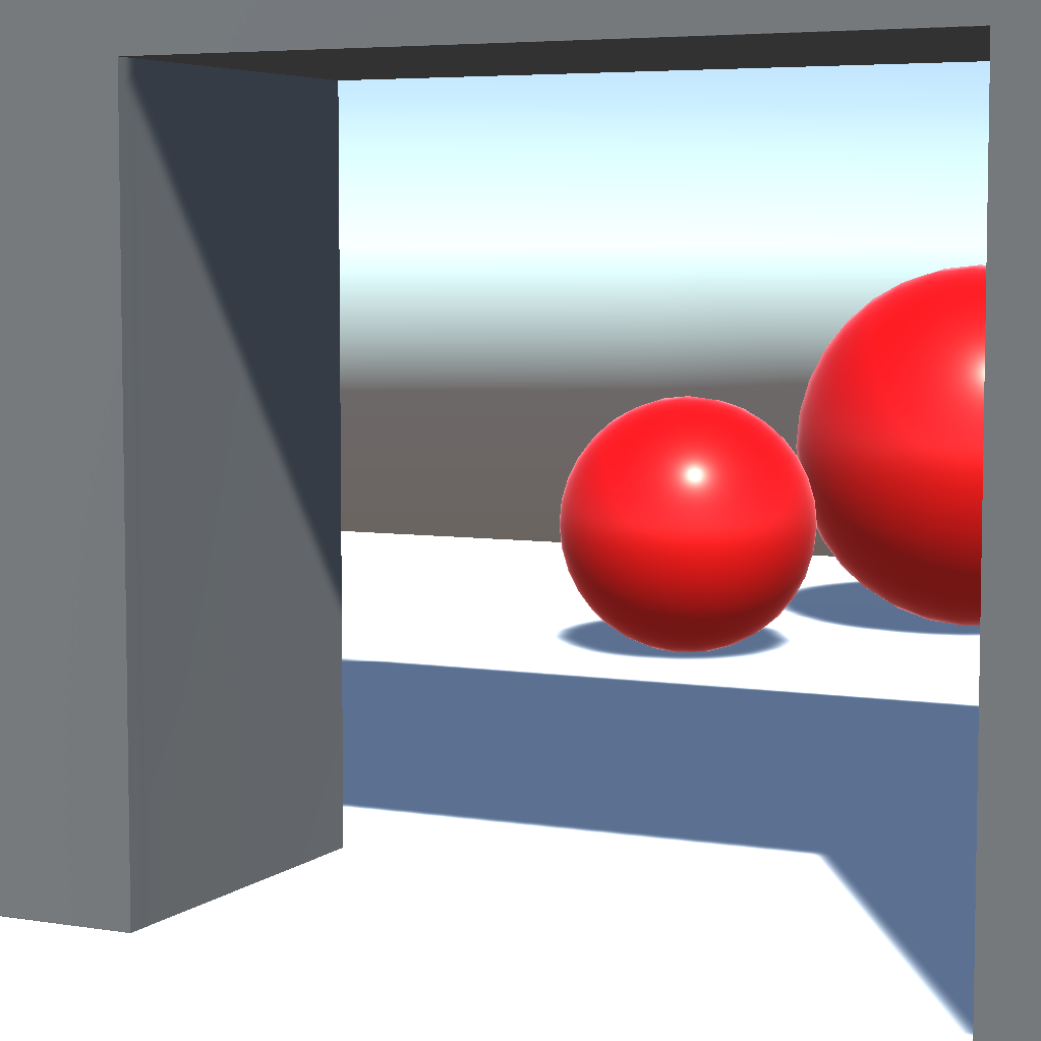 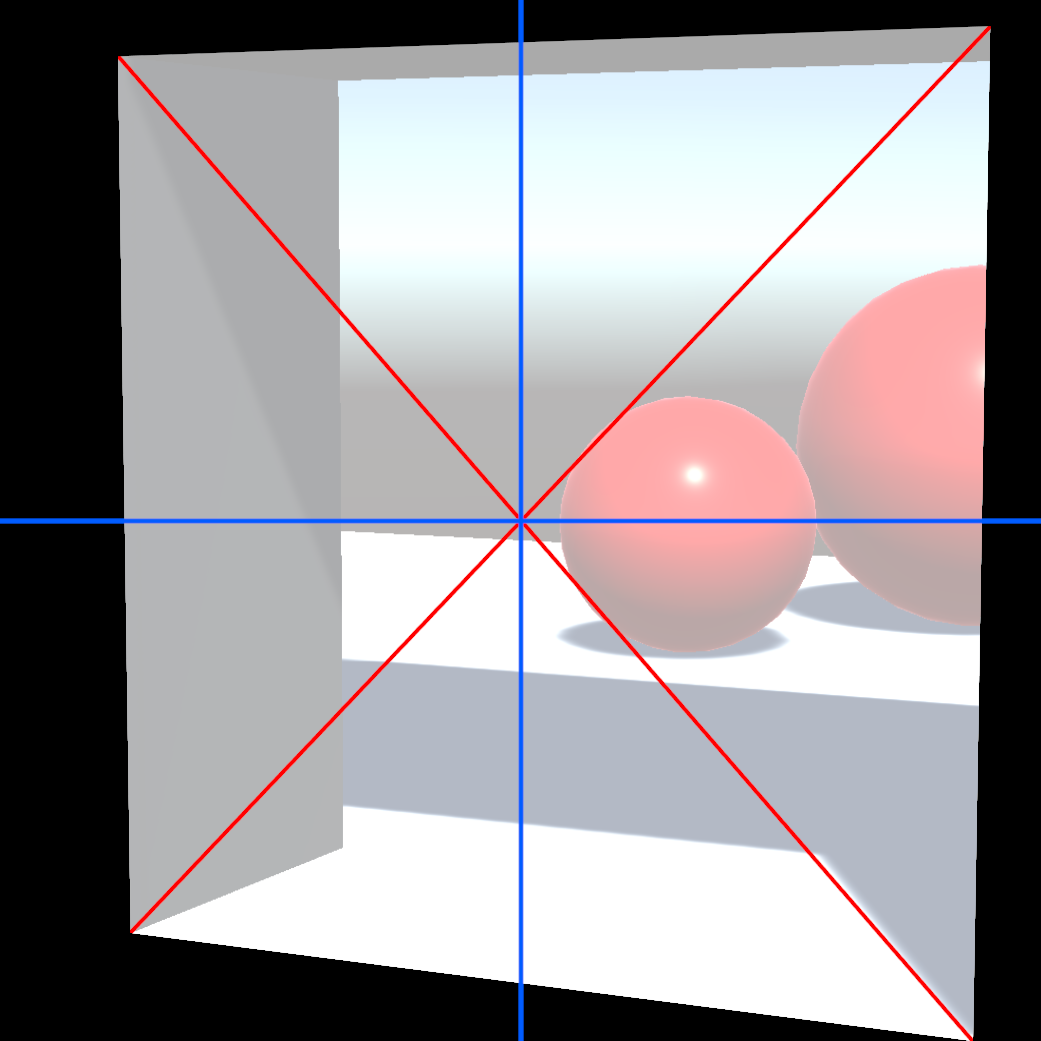 Applying the texture to the object

The next challenge is correctly mapping the texture onto the object. If we just applied the texture using the object’s UV coordinates it would look like this (I’ve enabled wireframe to make the shape clearer): 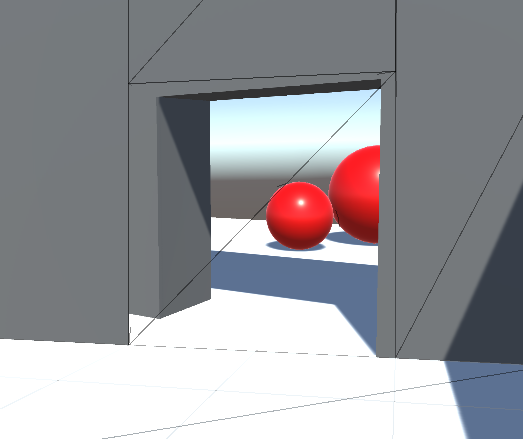 Before the temporary camera is deleted, the matrix which converts world space to the camera’s clip space is calculated. This is found by multiplying the projection matrix by the world to camera matrix:

This matrix is passed to a shader along with the texture. In the vert shader the vertex position is projected first into world space then into the temporary camera’s clip space (clipPos is a float4 added to the v2f struct and _WorldToCam is the matrix that was passed to the shader).

In the frag shader the clip space position is converted into UV coordinates that are used to sample the texture:

The texture is now correctly mapped onto the object! 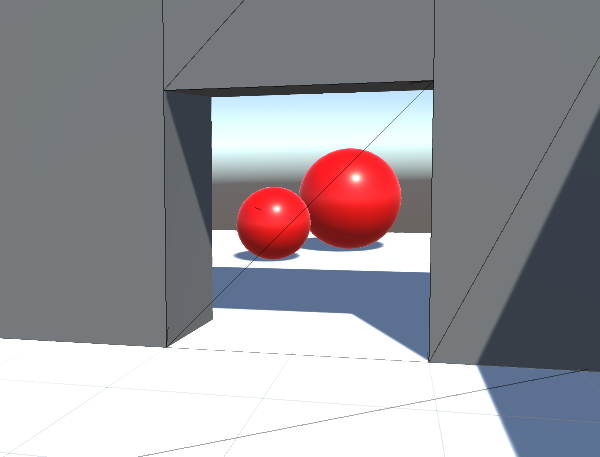 An alternative approach would be to project the texture just once and store it in another texture. This would be faster but it would be challenging to implement it in such a way that it could handle objects more complex than planes.